GREE Electric Appliances Inc. today is the world’s largest specialized manufacturer of air conditioning systems with a production capacity of over 60 million domestic air conditioners and 5.5 million units of central air conditioning. With a strong presence in 200 countries and more than 300 million customers, its annual turnover exceeds $ 25 billion. More specifically:

The company has nine production centers, seven of which are located in China and two in Brazil and Pakistan. A total of 80,000 employees are employed, and since 1996 the company maintains the first place in sales and production volume both in China’s domestic market as well as globally. According to official statistics, GREE has been the largest exporter of air conditioning systems in China in recent years. Its philosophy focuses on the technological development and refinement of products and production systems as well as the strict quality control of parts and production. The R & D department, which has registered more than 3,000 patents, employs about 6,000 scientists and technicians in more than 400 control plants.

Production now includes 3 key sectors, such as domestic, medium-sized professional and central air conditioning, with 30 categories and 1,100 different series of air conditioners, from the smallest, domestic use of 5,000 Btu / h to the largest, 24,570,000 Btu / h for professional applications, while maintaining an air conditioning production line for marine applications. At the same time, GREE is expanding to the production of electrical, electronic components and smart technology, compressors and other parts, through 7 subsidiaries.

GREE gives particular attention to the quality of the produced products, making sure they are made of high quality components. In spite of this, 100% of the basic components are tested in the laboratory before assembled. At the same time, by investing significant funds in the production quality control systems, it holds international recognition certifications such as CE, TUV, GS, UL, SASO, OHSAS, ISO 14001 and EUROVENT, as well as IECQ, ROHS, .

In March 2008, Daikin Industries Ltd (Osaka, Japan) and GREE Electric Appliances Inc (Zhuhai, PRC) agreed to award on behalf of Daikin to GREE, the production of 500,000 inverter domestic air conditioners for the Japanese market for the year 2009. By doing this, Companies set the basis for further cooperation in five areas including, but not limited to, the joint development and production of Inverter domestic series for the global market.

GREE Electric Appliances Inc. holds the first place in the production of air conditioning systems world-wide, as one out of three air conditioners sold, are manufactured by GREE.

Masterstar Trading Ltd (Affiliate Company of Laiko Group) was established in 1993 and operates as a commercial company dealing with the import and distribution of domestic and industrial air conditioners. The company is the general authorised representative of GREE Electric Appliances since 1998 and is among the top ten dealers chosen by GREE when it decided to move to the global market.

In view of the above, Masterstar Trading Ltd is trying and is succeeding to a great extent, to place GREE air conditioners, in the top air conditioning products in Cyprus, exhibiting great sensitivity on doing so. 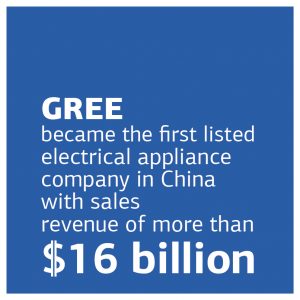 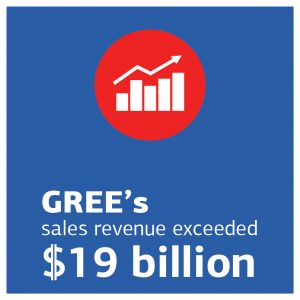 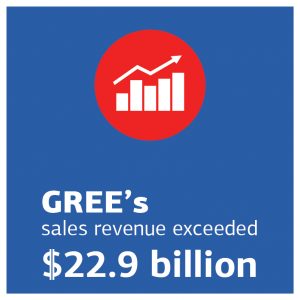 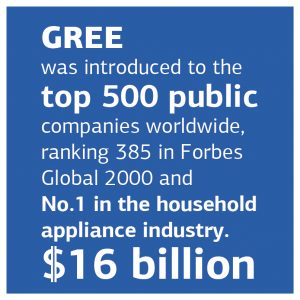